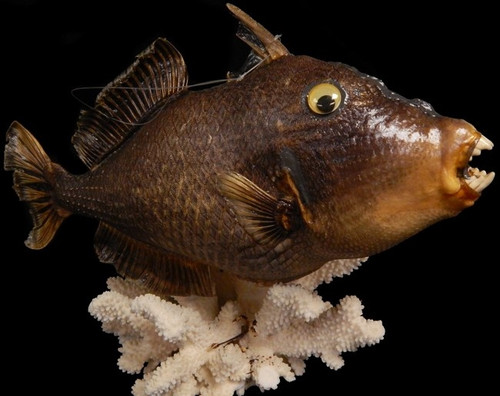 Triggerfish any of several species of tropical reef fishes with laterally compressed bodies, heavy scales, and tough skins. They are named for the mechanism of the three spines of the dorsal fin: when the fish is alarmed the first of these spines is locked upright by the second and drops only when the latter is pressed like a trigger.
The function of this reaction is to lock the fish firmly in a mass of coral; when attacked, the fish dives into the coral and erects the spine, releasing it only when the danger has passed. Trigger fishes have powerful, chisel like teeth adapted for cracking the coral