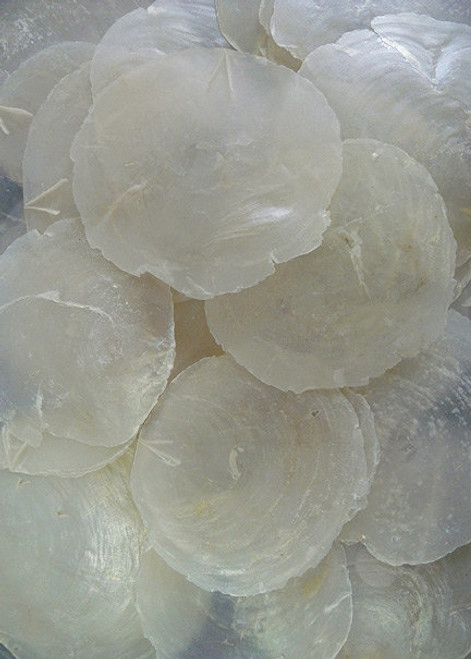 Capiz Shells are 3"-4" Case pack 25 Capiz Shells are both a geographical location and the name of a shell that is used largely in interior decorating and for decorative gifts and accessories. Geographically speaking, Capiz is a province of the Philippines facing the Sibuyan Sea to the north. Capiz shell, which is used for decorative purposes, is the outer shell of the marine mollusk, Placuna placenta, found in the shallow coastal waters of the Philippines.

Capiz shell is a flat, semi-transparent shell with a pearlescent appearance. Capiz is often used to create lampshades or other luminescent objects, such as candle holders, because of its striking appearance when light shines through. However, it is just as common to see the bases of lamps crafted with capiz shell. Capiz is also frequently used as an accent to many household and fashion accessories. Capiz is generally considered to be elegant and formal.