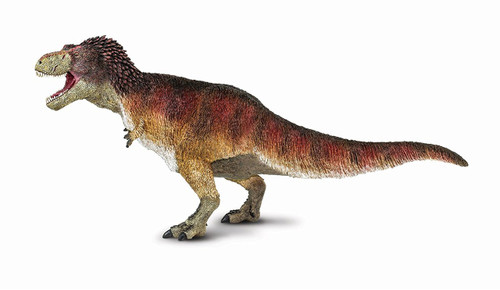 Tyrannosaurus rex, the so-called ‘king of the tyrant lizards’, is probably the most famous dinosaur of all time. At up to 40 ft long, it remains one of the largest known meat-eating dinosaurs. However, recent discoveries of feathered dinosaurs are changing our understanding of the life appearance of this popular species.