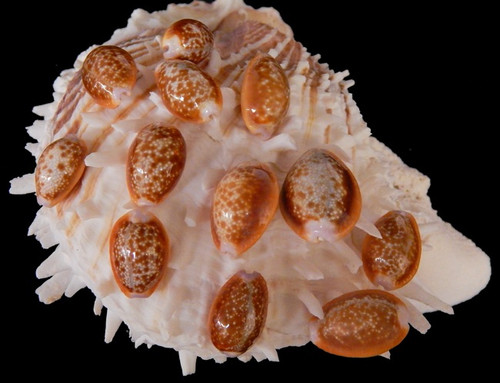 Cowrie Shell are the most universally collected shells. They are prized for their colors, glossy surface and markings. There are approximately two hundred species. The most abundant are in the tropics.

The basic shape of the Cyprea shell varies little. However, they vary greatly in size, color, pattern and the arrangement of the teeth along the aperture.Cyprea or Cowry shells are active at night and hide during daylight. They feed on algae near coral reefs.