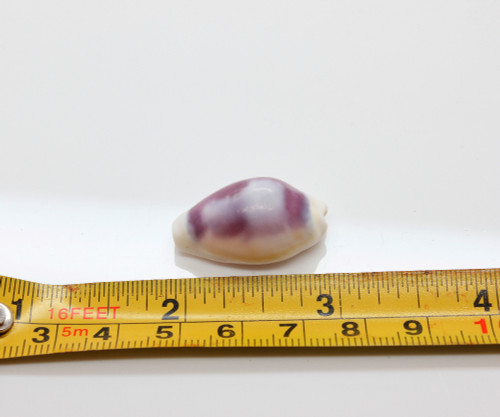 Tiger Cowrie Purple top cowries. It feeds on polyps on coral reefs. It is most commonly found under the coral rocks in the Indo-Pacific region and also around the Great Barrier Reef in Australia. The exterior of the shell is smooth and polished because of the covering that the animal has, called a mantle, that wraps around the entire shell. Some cultures see cowry shells as a symbol of fertility and are often offered to a bride as a gift to ensure fertility.

Free Shipping $5 and above including adding other items together