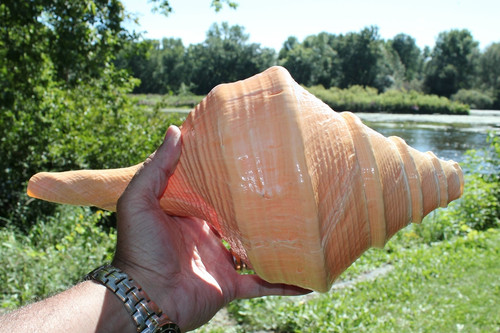 The nagak (also called na, sora, or godong) is a large seashell played as a horn played for traditional music. It produces only a single tone and is used primarily in the military procession music called daechwita. The shell is that of a very large sea snail, Charonia tritonis, sometimes known as "Triton's trumpet". This shell is also used as a musical instrument in several other nations.